Despite higher economic growth rate of about 2% is expected in 2017, business insolvencies are forecast to increase again in 2017, by 3% year-on-year. 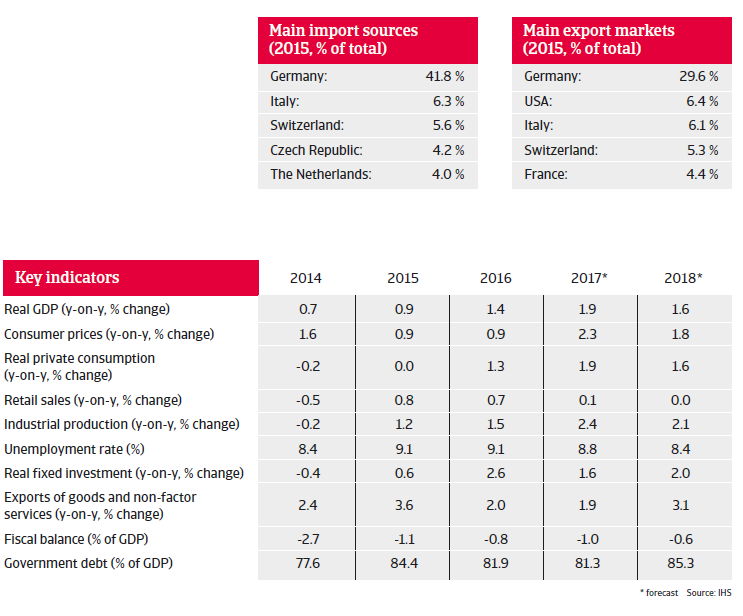 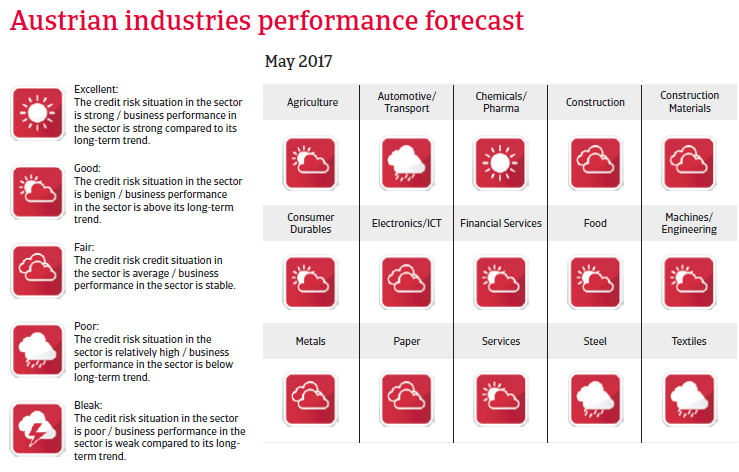 The phase of yearly insolvencies decreases has come to an end

After decreasing three years in a row, Austrian business insolvencies increased again in 2016, by 1.5%, and are expected to rise further in 2017 (up 3%). 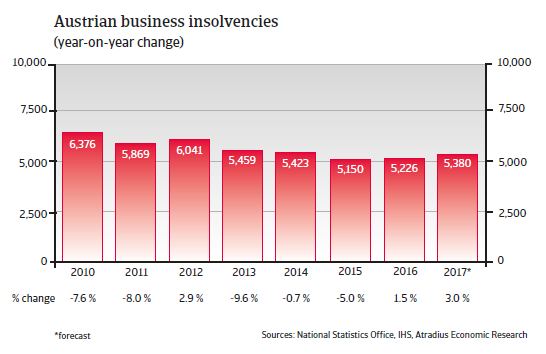 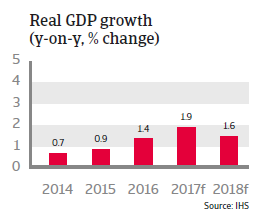 Exports are expected to benefit from increasing demand in the eurozone and overseas markets. Inflation is forecast to increase more than 2% in 2017 following the 0.9% rise in 2016.

Atradius forecasts insolvencies across advanced markets to fall only 2% in 2017, the weakest performance since 2009.

Sales are expected to grow further in 2017, but smaller businesses are struggling to cope with the fast growing market leaders and online retailers.