Business conditions in 2017 are forecast to remain challenging. The outlook for insolvencies in France shows a 3% decline. However, the uncertainty surrounding the May presidential elections may impact business activity and cause slowdowns.

After a modest increase in the 2016 survey, the proportion of B2B sales on credit in France dropped again this year. 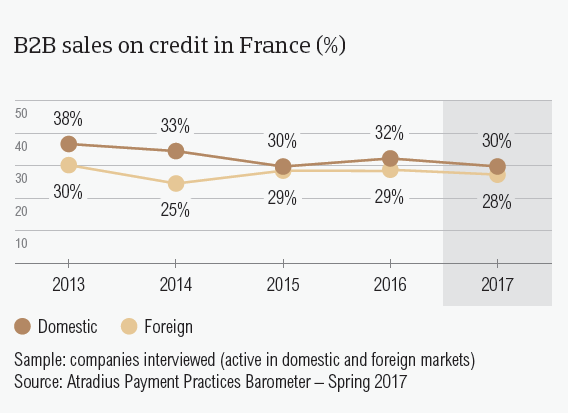 Together with Germany and Austria (26.5%), Switzerland (28%) and Belgium (31.8%), France is one of the countries least inclined to sell on credit terms to B2B customers.

Compared to one year ago, France has seen a decreased percentage of overdue B2B invoices. The total value of B2B receivables remaining outstanding past the due date is slightly higher than that of Western Europe. 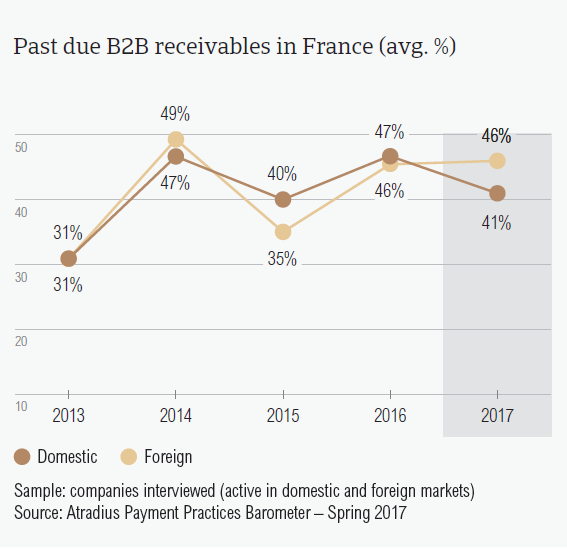 In 2017, respondents in France requested faster payment of invoices from their B2B customers. France is the only country in Western Europe which has not seen an increase in payment delays from domestic B2B customers. 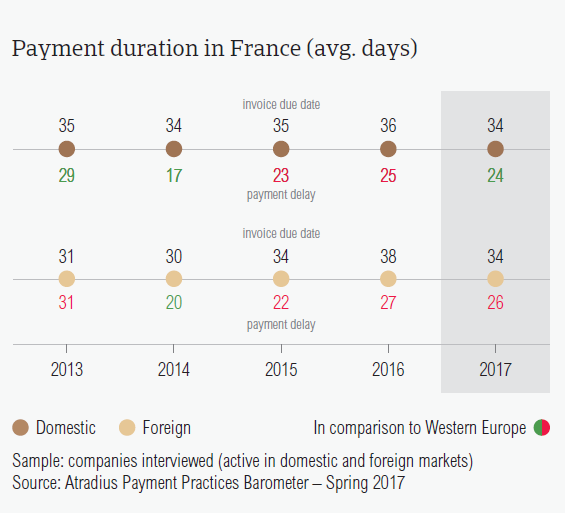 B2B customers of respondents in France delayed payments most often because of liquidity constraints. However, this reason was stated less often than in Western Europe overall. 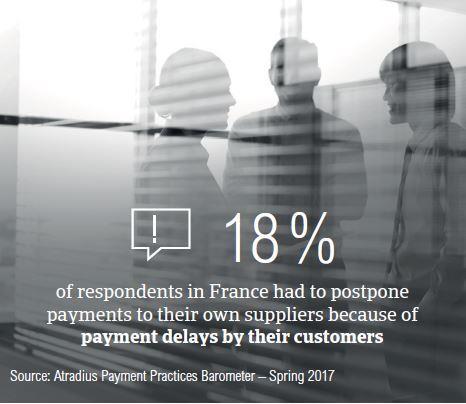 Respondents in France do not appear to be as concerned as those in Western Europe about the impact of Brexit, the slowdown in Asia and US protectionism. To protect themselves against the uncertainty caused by these events, most French respondents said they will check their buyers’ creditworthiness more frequently and increase bad debt reserves. 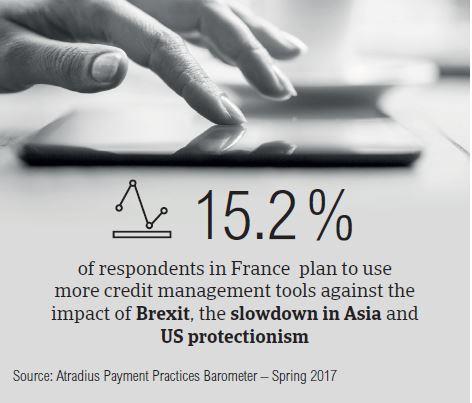 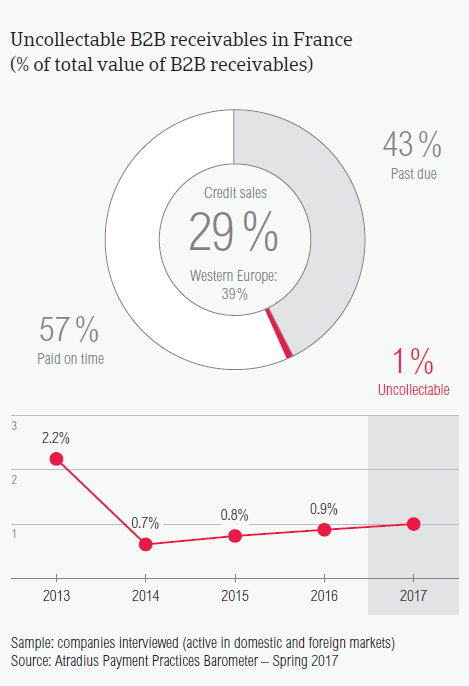 Suppliers in France reported that 0.5% of B2B receivables were written off as uncollectable. This percentage is slightly lower than that registered in Western Europe overall (0.6%). 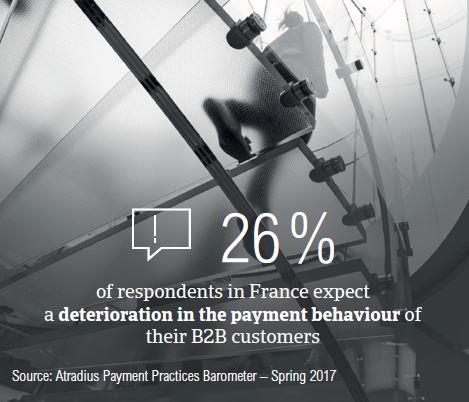 The recovery of the construction sector has finally gained some momentum, but competition remains fierce, and prices and profitability are still low.

French business insolvencies are expected to decrease only about 4% in 2016. The number of insolvencies will still be about 10% higher than in 2008.

Atradius forecasts insolvencies across advanced markets to fall only 2% in 2017, the weakest performance since 2009.